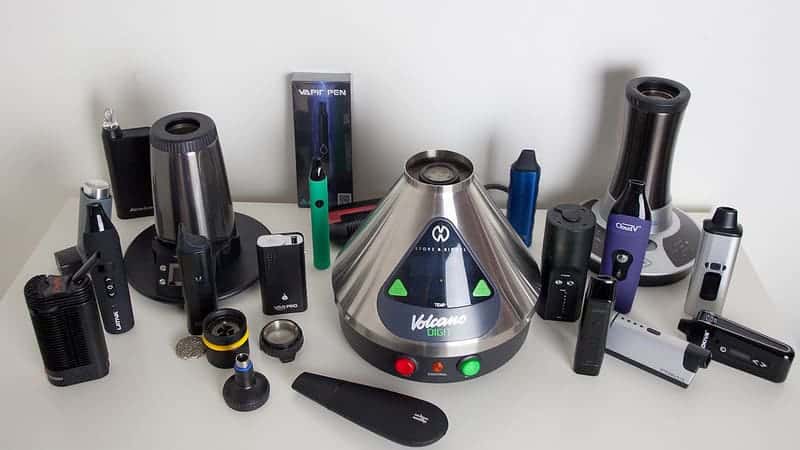 The vaporizer has a long history. The origins of the vaporizer can be traced back along the lines of the hookah, which first appeared in India and Persia more than a thousand years ago. We still use hookahs today, but theyâ€™re not the easiest things to carry around when you want a puff!

Fast forward to 1927, when a butane powered mechanical cigarette was designed by Joseph Robinson. In fact, he still holds the patents for the first electronic cigarette. It took some thirty years for the concept that most vaporizers base their designs upon today to be born. Credit for that goes to Herbert A. Gilbert, a Korean War veteran.

It was Eagle Bill Amato was the first to conceptualize a vaporizer specifically for cannabis. He marketed it much like vaporizers are marketed today â€“ as a safer alternative to combustion smoking. Sensi Seed Bank gave Bill the space to show off his invention at the Cannabis Cup and there he stayed for 10 as one of the eventâ€™s most popular exhibits beginning in the mid-1990s.

Since the days of Robinson, Gilbert, and Amato, the electronic vaporizer has come a long way. Today there are vaporizers that are digital and can vaporize not only dry herbs but can also vaporize concentrates and oils. There are also dry herb vaporizers that can be used for cannabis as well as other herbal blends for flavor and for aromatherapy.

But why are vaporizers becoming such a popular option to ingest cannabis? Turns out that there are many factors that are leading people to make the switch.

Vaporizers and vaping products are, indeed, a growth industry. Cannabis oil, a form of marijuana that has been processed into an oil geared for pen-style vaporizers has seen a 400% increase in orders through the cannabis-delivery service Eaze. In 2015, the cartridges totaled only about 6% of their sales. By 2016, that percentage had risen exponentially to 24%. In contrast, actual flowers fell from 75% of total orders to just 54% over the same time period.

When it comes to product, nothing can help more than a celebrity endorsement. The vaporizer industry, and specifically using vaporizers for cannabis has no shortage of these. Willie Nelson prefers vaping over dabbing and edibles. He has said that he believes that vaping is smarter.

Snoop Dogg has gone so far as to have his own pen â€“ the Snoop Dogg G-Pen by Grenco Science. You can even get his vaporizer decorated with an intricate map of his hometown, Long Beach.

Comedian Sarah Silverman took the Emmyâ€™s by storm when asked what was in her purse. She whipped out a vape pen. She even told her ex-boyfriend Jimmy Kimmel on his show, Jimmy Kimmel Live, â€œItâ€™s so crazy that it was some big bananas big deal that I had a little pot thing, and meanwhile you have to walk around the Emmys in a sea of drunk and terrifying scary people. Iâ€™m afraid of drunk people. I have a puff at the end of the night like a lady.â€

Even Whoopi Goldberg has gotten into the act to relieve her glaucoma. Sheâ€™s even assigned her vaporizer a gender and named her Sippy. Sippy because she takes little sips throughout the day to relieve the symptoms of her condition.

Vaporizers have proven themselves to be at the forefront of the cannabis industry and it doesnâ€™t look like they will be going away soon. Most people still use them to deliver nicotine or flavored varieties of e-juice, and dry herb vaporizers are helping people use their own blends to create new experiences.

Michael is a marketing and creative content specialist at GotVape.com with a primary focus on customer satisfaction. Technology and fitness combined with healthy lifestyle obsession are his main talking points