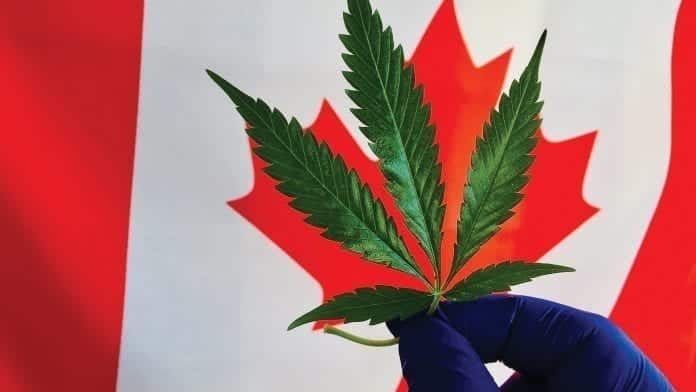 Unless you’ve been ignoring the news for the past decade, there’s a good chance you’ve heard a thing or two about the potential medical benefits of using marijuana. Whether you’re on board with this somewhat unconventional medical practice, there’s no denying that it’s made a major impact in Canada.

Even though Canadians have been legally allowed to apply for medical marijuana licenses since 2001, this trend has been steadily growing over the past few years. And there’s an obvious explanation for this… it all has to do with the health benefits that it can bring to Canadian medical patients, especially ones who have applied to the ACMPR program.

About Medical Marijuana in Canada

Before getting into the health benefits that the regular use of marijuana has been known to bring about, let’s quickly go over Canada’s medical marijuana program. This will give you a much better idea of why Canadian medical patients are able to take advantage of these health benefits more than any other citizens of the world.

The Access to Cannabis for Medical Purposes Regulations program (ACMPR for short) gives Canadians who need it easier access to medical marijuana. It doesn’t matter what a patient is suffering from, as long as he or she can prove the need for medical weed by getting a prescription from a healthcare professional, that person is eligible for an ACMPR license.

Once the government has approved someone for an ACMPR, there are a few options. That person can either grow plants from home (the number of plants would be specified on the license), designate another person to grow instead, or buy medical marijuana from a licensed cannabis producer.

Try not to get confused between the Cannabis Act and the ACMPR. The Cannabis Act is the ruling legislation for recreational marijuana in Canada, while the ACMPR is for everything relating to the medical side of weed. The laws and regulations for each are very different.

Medical Marijuana and Health in Canada

So why is Canada so willing to hand out these licenses, and why does the government approve the majority of applicants that come through? It could be because Canadians are more liberal about medical weed. But the real reason behind it is that they can clearly see the benefits that medical marijuana has for patients.

Cannabis Growing Canada, one of Canada’s leading ACMPR consulting services is a great resource to familiarize yourself with the process. Most patients apply online and often receive their license in a matter of days.  The list of potential medical benefits from using marijuana is a long one, but there are a few that Canadians with ACMPR licenses seem to focus on:

Using marijuana for the treatment of pain is not a new medical practice, but it’s becoming much more accepted now that people are becoming more liberal about cannabis. Pain comes in many forms, and no matter the source of a patient’s pain, there’s a very good chance that marijuana can help.

That’s because cannabis contains certain cannabinoids and terpenes that have anti-inflammatory properties. Many forms of pain are caused by inflammation, so it’s a no-brainer that cannabis has the potential to help. Some doctors prescribe it for post-surgical pain, but it can also be used for pain caused by cancer, MS, arthritis, and more.

Medical marijuana is not only versatile in treating different types of pain, but also in the way it’s used. Many medical patients choose to stick to the old-school method of smoking, but there’s also vaping, easy-to-swallow capsules, tinctures, edibles, and even topicals.

There are a lot of misconceptions about marijuana and anxiety. This is mainly because marijuana tends to cause anxiety in some individuals, but it’s important to keep in mind that everyone reacts to cannabis in their own unique way.

If it is a good match, using medical marijuana has the potential to improve relaxation, induce sleep, and increase your sense of calm. Each of these things can play a huge role in treating anxiety, as well as depression.

Even if you’ve had a poor experience with cannabis, this doesn’t mean that it can’t help to alleviate some of your anxious tendencies. The way you react depends on many on the strain, the ingestion method, and the overall content of the cannabis that you’re consuming. However, there are certainly people who will never benefit from using marijuana for anxiety treatment.

People with ADHD tend to experience difficulty focusing on a task at hand. This disorder can also make it difficult to concentrate and even negatively impact cognitive performance. Depending on the individual, medical marijuana can help to increase focus, concentration, and productivity.

Aside from treating pain, regulation of seizures is probably the most well-known use of medical marijuana. This is all thanks to Charlotte Figi, who started using medical marijuana when she was just 5 years old to treat life-threatening seizures caused by Dravet Syndrome.

Although Charlotte recently passed away at the age of 13, many medical experts claim that her life was extended all thanks to cannabis. This young girl inspired a movement, and thanks to her experiences with medical marijuana, many patients have been able to regulate their seizures.

Parkinson’s is a serious brain disorder that is characterized by shaking, tremors, and lack of coordination. There is no cure, but the symptoms (specifically the constant shaking) can be dramatically improved with medical marijuana.

Many people – Canadians in particular – assume that since recreational cannabis is now legal, it’s OK to start a treatment route on their own. But this is never the case, and before taking action to treat one of these or any other medical condition, it’s important to consult with a professional.