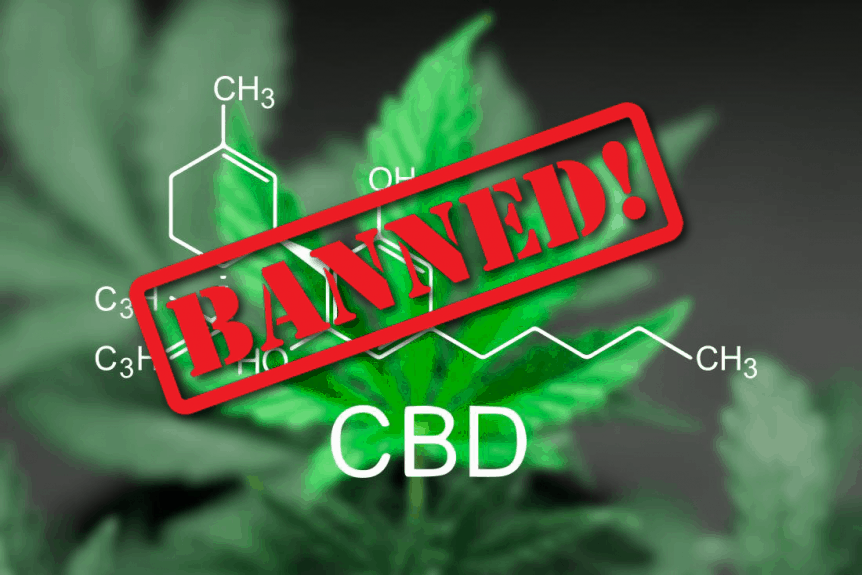 Last week some news & headlines came out that said CBD is no longer able to be sold in Ohio unless through a licensed dispensary, (which almost 2.5 years later, even though 56 licenses have been awarded, are still non-existent) and there seems to be a lot of confusion whether this can be true or not.

The Ohio state board of Pharmacy did make a determination last week that CBD sales are only allowed in licensed dispensaries after it is grown & extracted in Ohio & are tested by Ohio marijuana testing labs (which are also currently, non-existent).Â  This applies to CBD from marijuana or hemp, but yet Ohio has no hemp bill or legal way to produce hemp derived CBD.Â  So this in turn pretty much shuts down the entire CBD industry in Ohio.Â  This is a major blow to a lot of Ohioian’s who have been finding relief from this natural, God-given substance and also to those trying to live the American dream by starting a small, home-based business and servicing their local community by offering various CBD infused products to those who are truly in need of it’s anti-anxiety, anti-inflammation, anti-seizure & more beneficial properties.

Everyone knows CBD doesn’t get you high, yet the “powers that be” still feel the need to flex their muscle and tell us we can’t have it unless they say so and they give it to us.Â  Interestingly enough, most of the CBD on the market is derived from industrial hemp that was defined in the federal Farm Act of 2014 and containing 0.3 percent or less of THC and is legal nationwide.

But Ali Simon, the Pharmacy board’s spokeswoman has said that she has sent out “clarification” to all Ohio pharmacists, licensed prescribers, hospitals and is drafting a field guide to hand over to law enforcement.

So how will law enforcement handle your CBD?Â  I guess you better have an Ohio medical marijuana license or you are now a criminal.Â  If you are a retailer of this, you now have the worry of being raided & having your door kicked in – all for a product that brings relief to so many without getting them high or any other adverse effects.

Now I believe the CBD market should be regulated since there is a lot of snake-oil out there, but that doesn’t mean it should be only allowed to be sold in licensed dispensaries in Ohio when those are obviously impossible to obtain for the average Ohioan.Â  But there are too many great products out there produced all over the country & world that Ohioan’s could benefit from.

Over the last year or two Ohio has exploded with small, start-up style CBD businesses that are your friends and neighbors just trying to take a bite out of the “Green-Rush” happening in the USA right now and help the people in their network who are actively seeking CBD.

We’ve been a part of many seminars and meet-ups that fill the room with people who are just looking for some relief that isn’t so taxing on the human body & mind and many have found that when seeking CBD.Â  This is going to be a fight that may have to go to the Ohio Supreme Court.

Tim Johnson from Cannabis Safety First, LLC & the Ohio Cannabis Chamber of Commerce had the following to say:

“In a recent media article addressing hemp CBD extracts in Ohio as being illegal may have been a premature or unwarranted comment from representatives of the Ohio Pharmacy Board. Was the statement intent to warn of pending enforcement actions or merely a concern of interpretation? Although the comment may hold some validity , the interpretation of the ORC definition of marijuana may not support such claim. An attempt to associate the hemp plant CBD with the OMMarijuanaCP, HB523, is sure to be discarded soon by State Officials. Yes indeed the Ohio Pharm Board employs agents with law enforcement Â authority. That being said the question of WHY now, needs an affirmative defense for justification.

It appears with the growth of business in the hemp CBD industry the Pharm Board has attempted to insert a blanket policy on hemp CBD, the compound, as being inclusive in HB523. The Board’s interpretation of hemp being included under the genus name of cannabis may be true but it is definitely not a part of the Ohio Medical MARIJUANA Control Program as many State Legislators, State Boards and possibly even the Governor’s office see it. Any laws promulgated to address and control the hemp plant industry may best be created under the Ohio Agriculture Board and/or the Department of Commerce. Perhaps the Pharm Board could be of best service with their focus on the safety of Ohioans in the ongoing opiate crisis.Â  HB523 was and is strictly a marijuana Bill as discussed in all three committees overseeing it’s passage and it’s signing into Law in June of 2016. The one positive point of interpretation would be the question of if/when the 2018 Farm Bill passes at Federal level regarding hemp legalization would that also indirectly legalize marijuana federally under such blanket?

While awaiting clarification many CBD companies and several provisional license holders under HB523 lay and wait lawyered up to take counter actions, should the Pharm Board see a need to start enforcement actions. Ohioans and legislators are asking WHY now at a time when the State Agency responsible for activating the patient registry to the OMMCP have a desire to place more blocks in the path of implementation? Being negligent to compliance of the OMMCP timeline is already a concern of many Ohioans toward the State controlling boards. In conclusion CBD businesses unsure of opening or closing the doors may want to consider WHY they haven’t already been targeted, have they received any legal notification to cease and desist and are they willing to bow down again to prohibition of a plant used by man for many useful, environmentally friendly and medically valued products.”

Stand for your rights and make your legislators aware that enough is enough with the prohibition propaganda and the unjust actions taken against the citizens of Ohio.

Part of this article shared as a perception of the co-authors direct involvement and knowledge to HB523 OMMCP.

We will continue to keep you informed & updated on the legality of CBD in Ohio.